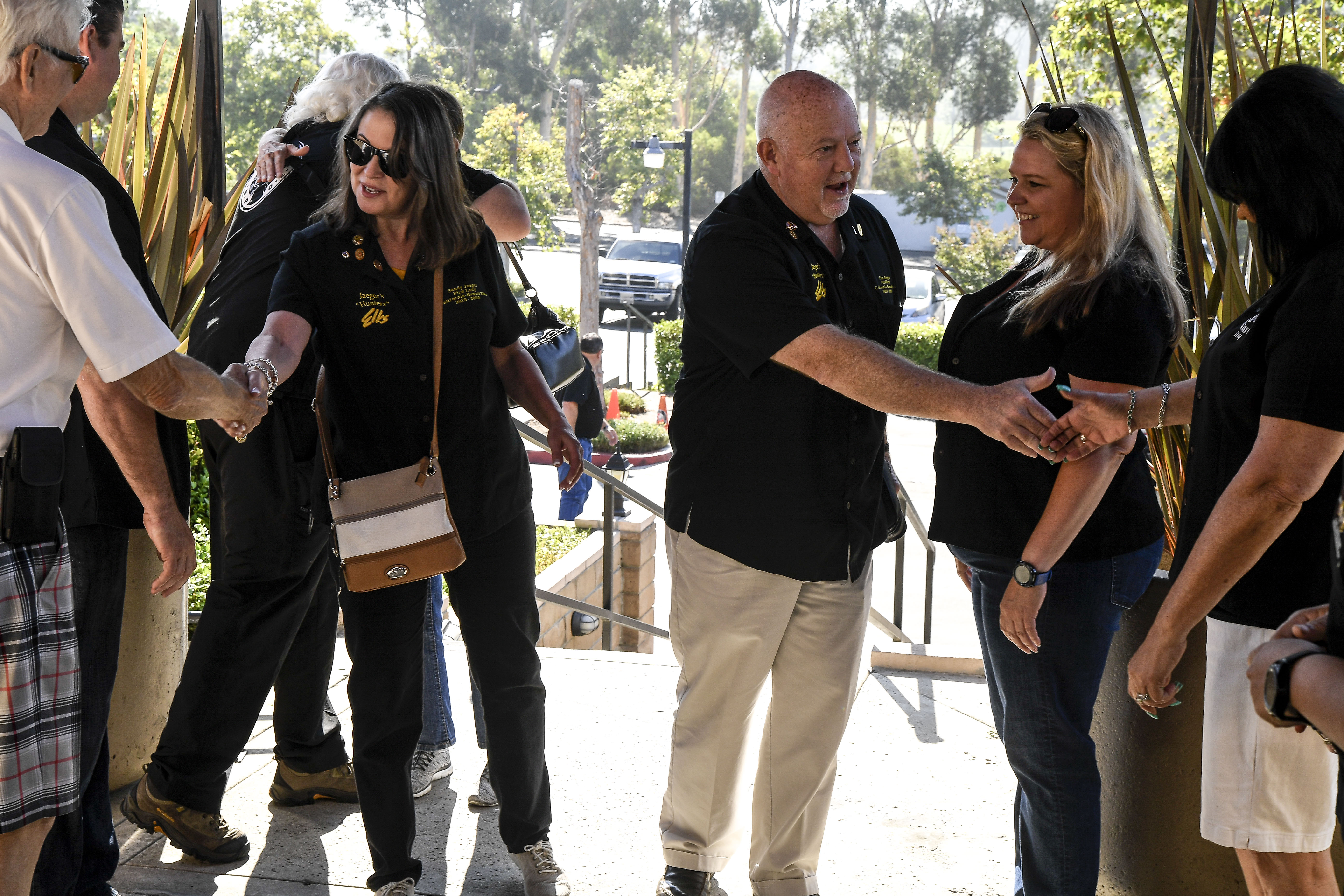 California, Hawaii Elks Association President Tim Jaeger and First Lady Sandy Jaeger paid a visit to the Mission Viejo, Saddleback Valley Lodge as part of their tour of the Orange Coast District Lodges. President Tim and his entourage of State...

California, Hawaii Elks Association President Tim Jaeger and First Lady Sandy Jaeger paid a visit to the Mission Viejo, Saddleback Valley Lodge as part of their tour of the Orange Coast District Lodges. President Tim and his entourage of State and local dignitaries enjoyed a hardy brunch buffet prepared by Lodge volunteers Nick & John Feitz, Kevin Lindley, and Dennis Boelts. Exalted Ruler (ER) Jamie Camunas escorted the President on a tour of the Lodge and the grounds. The State President was impressed and praised ER Camunas and members present for having a wonderful facility.

Over brunch, President Jaeger spoke briefly about two of his emphasis programs as President. He has dedicated his year to reaching the $4,000,000.00 fundraising goal he has set for the Elks Major Project which provides funds for the 35 therapists who work with the handicapped children of California and Hawaii “So that every child may walk, talk, see and play.” Last year’s Major Project fundraiser was just short of that amount. The second program he mentioned is membership growth. President Tim said he was proud of the California, Hawaii Association for leading the nation in membership increases last year. The Association’s Lodges grew by 1,875 members and played a major role in the Order’s national membership increase. President Tim said we can do even better. His goal this year is to have an increase of 2,400 new members in California and Hawaii.

The President and his entourage left the Mission Viejo Lodge and headed for the Garden Grove Lodge for an Ice Cream Social. He and his group of Vice Presidents would visit seven of the eight Orange Coast District Lodges in his busy three day trip to South County. On Saturday night, the Orange Lodge was the site of a gala dinner in honor of the First Couple. Over 120 Elks VIPs, members and guests representing the Orange Coast District were in attendance. In his message to the members and guests present, the President complimented all of the Orange Coast District Lodges and thanked them for their hospitality. He joked about all the meals he enjoyed and said: “two hours between meals was over the top hospitality.” He spoke of the Grand Lodge’s national goal of more actively spreading the word about the good works of Elkdom in all our communities. He said, “Our Lodges are so much more than a place offering ‘lunch & bingo.’ The public should know of the millions of dollars every Lodge has contributed to local charities and the needy of the community over the years.

During his one year term, the President’s visitations will take him to all nineteen (19) Districts and the one hundred sixty-eight (168) Elks Lodges that make up the California and Hawaii Elks Association. The Mission Viejo, Saddleback Valley Elks #2444 in one of the eight Lodges making up the Orange Coast District, and proud to be an integral arm of the Benevolent and Protective Order of Elks of the United States of America, the nation’s premiere Social, Charitable and Patriotic organization. For information on Elks Charities or membership call the local Lodge at 949 830-3557. 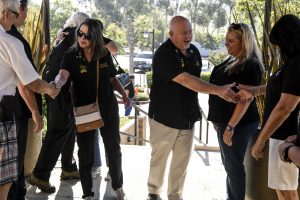